Saj Cobra began his career when he joined the team of radio presenters on Asian Mix Radio, at a young age he mastered the use of mixing software such as Sony Acid Pro, creating mashups and mixes. He practised his creative flare on his friend's decks subsequently after his join with the Asianmix Network. He advanced from there ending up with all the latest music in all musical genres where he began to create remixes of the latest RnB and Hip-Hop songs. His production continued onto 2003 where he developed a specific taste in speed garage and sooner or later it became his specialised genre. As he widened his mixing knowledge he assembled private parties with a selective audience of whom he performed to. The success of this lead to his professional occupation as a DJ in clubs as well as organising daytime events, Dj Cobra now DJ's in all genres i.e. R&B, Hip Hop, Grime, Dubstep, Drum and Bass, Electro, Bhangra, Bollywood,  but still has a preference for Bassline/House.

Check out his remixes on youtube.com/djcobra

Please feel free to call me on 07305597667, or use the contact form below to give me details of your event and allow me to quote. https://www.djcobra.co.uk/bookings-contacts.html
Contact membership owner

Here's the area generally covered by , although Sajjad is happy to quote for your event elsewhere 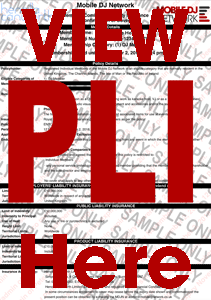 Here you can download a copy of the Public Liability Insurance held by Sajjad hussain of and save as a PDF.